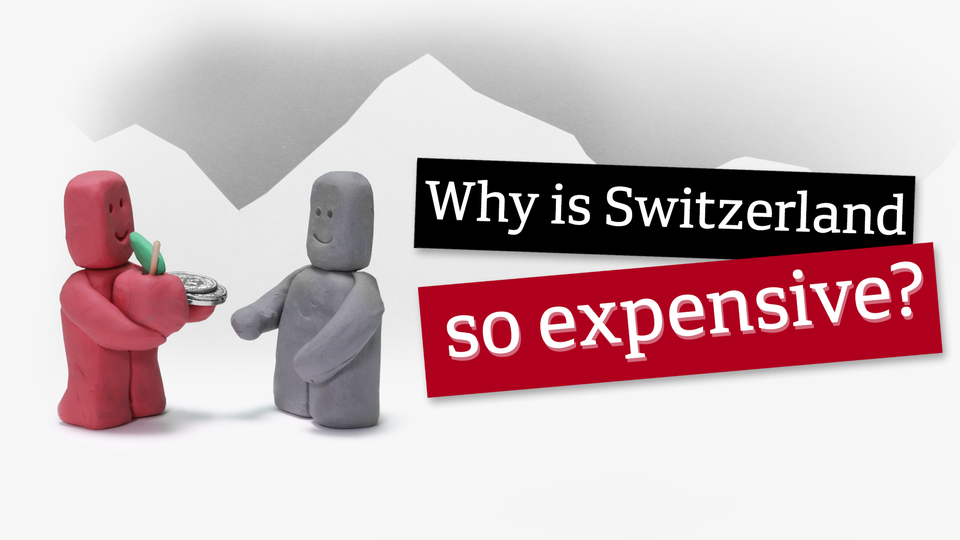 Why is Switzerland so expensive?

Switzerland is eye-wateringly pricey. But do the people earning a Swiss wage see these sky-high costs the same way?

You might have experienced it first-hand, or even just heard the legendary tales: Switzerland is eye-wateringly pricey. But do the people earning a Swiss wage see these sky-high costs the same way? Get this question and many others answered in this episode of ‘Switzerland Explained’ by SWI swissinfo.ch. Compared with the European average, most products are more expensive in Switzerland. And the Swiss are very much aware of the price differences. A recent study concluded that Swiss businesses and consumers could save over CHF3.3 billion ($3.6 billion) a year if they were able to source such products abroad directly. However, despite the high prices in Switzerland, the population’s financial situation is relatively more comfortable than that of neighbouring countries – and of most countries in the European Union. Nevertheless, some 660,000 people in Switzerland are still living under the poverty line. [This article was updated on August 26, 2020. The following incorrect sentence was removed: '1 in 8 people has difficulty making ends meet']