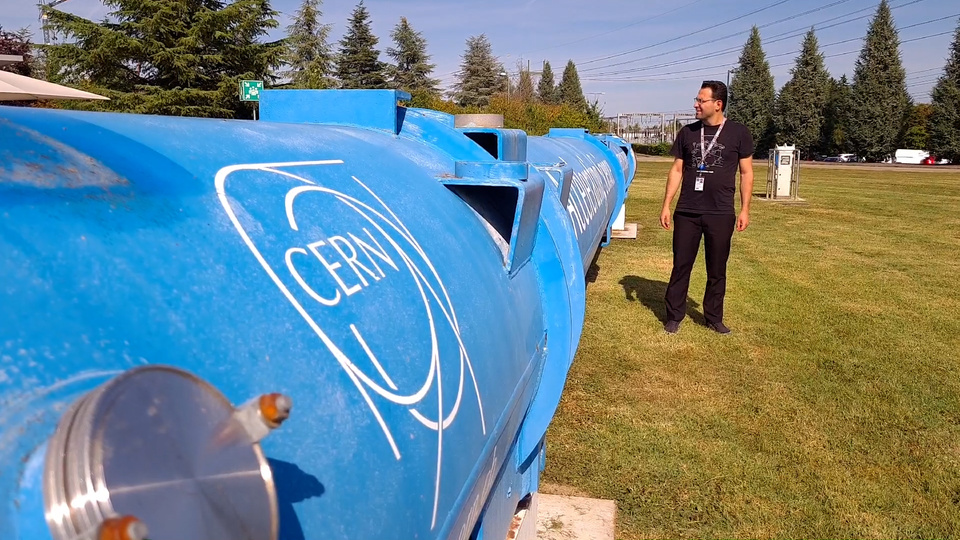 Geneva Internationals: When people collide at CERN, not particles

Meet Oday Darwich, a computer scientist who brings together researchers, industry and society to work on quantum computers.

Even artists can contribute to the development of quantum technology, he says. Darwich is the founder of the Quantum FutureX initiative, a spin-off of IdeaSquare CERN. The European Organization for Nuclear Research (CERN) is famous for the Large Hadron Collider, the world’s biggest and highest-energy particle collider. But Darwich and his team of the Quantum FutureX initiative don’t collide particles, they collide people. This is how he describes his job. He invites artists, quantum experts, game developers and philosophers to imagine the future of quantum technologies. It’s important to not only include scientists and the industry in the development of quantum computers but also the general public, he says. Geneva hosts a vast variety of international organisations like CERN but also the UN’s European headquarters and World Health Organization. Switzerland’s second-biggest city is home to about 750 non-governmental organisations and 177 diplomatic missions. More than 32,000 people from around the world work at these organisations. In our series “Geneva Internationals” we portray some of these people.

How science and diplomacy inform each other
Why is Horizon Europe important for Switzerland and the European Union?