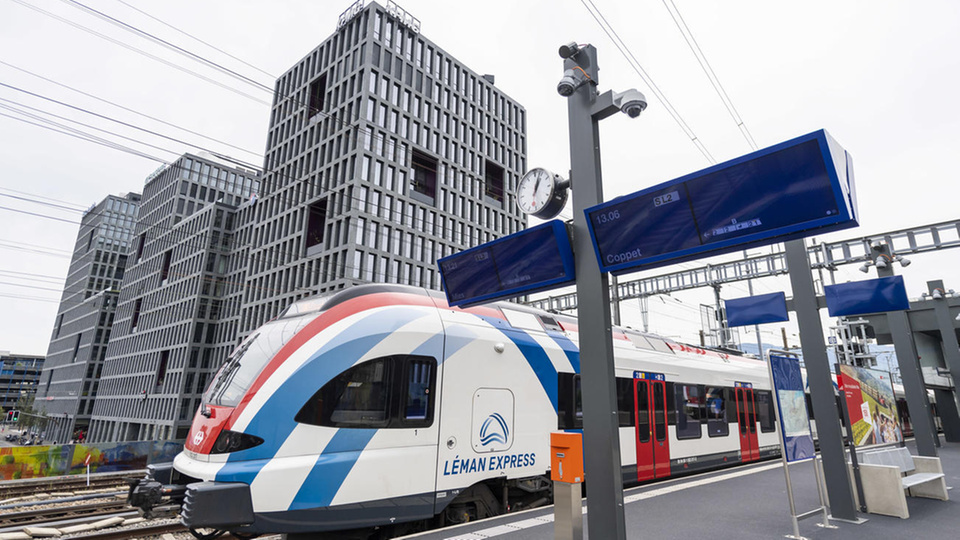 Commuters got their first proper taste on Monday of what's been hailed as the largest cross-border regional rail network in Europe, the Léman Express. The network, which opened officially on Sunday, is the result of decades of planning and almost eight years of construction work. It offers a fast cross-city rail link from Geneva's central train station to Annemasse in France. The regional cross-border network is much bigger, extending across into canton Vaud in Switzerland and the Haute-Savoie and Ain regions in France. Once fully operational, officials estimate that 50,000 people will take one of the 40 Léman Express trains criss-crossing the network every day. The new rail network is aimed at cutting road traffic and commuting times. Currently, about half a million vehicles cross Geneva’s borders from France and canton Vaud every day, snarling up local roads in rush hour. Commuters from France are attracted by the higher wages in Switzerland, among other things.