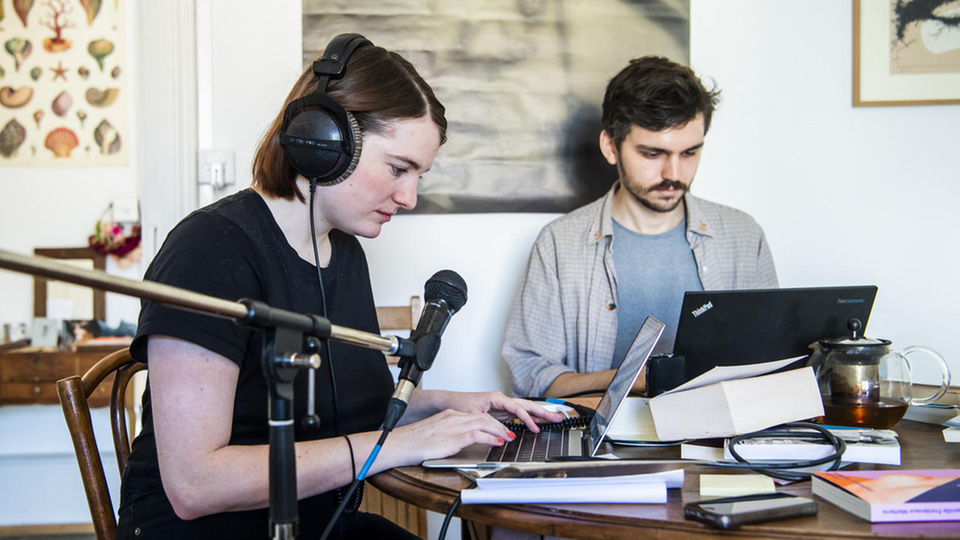 Businesses reach out to people at home

While most businesses have temporarily shut down, others are starting up or finding new ways to reach the public in their homes.

Some Swiss farm shops, like Thierry Miauton's in Oleyres, canton Vaud, are delivering local produce to people’s doorsteps, so the clients don’t have to risk possible contact with virus-contaminated shoppers in supermarkets. The well-stocked farm shop can hardly keep up with demand and has taken on volunteers to help pack the produce. Sales have quadrupled since the government recommended that all citizens stay at home. Home food deliveries have been around for a while, but there are some new cultural services that can also be enjoyed by the public in their front rooms. For instance, now you can tap into a rich archive of films from different eras, thanks to the “Lichstspiel”cinematheque association in Bern. The association maintains a unique collection of cinematographic material, which it is sharing with the public via livestream. The programme also includes live presentations from cultural experts. But if you’re more of a radio than a film buff, there’s a new online service called Radio 40, set up by two artists from Lausanne whose performances were cancelled because of the virus. Agathe Raboud and Semion Sidorenko wanted to create a platform for DJs and music performers. Listeners are invited to contribute to the featured artists, who are finding it hard to make a living in the current climate.