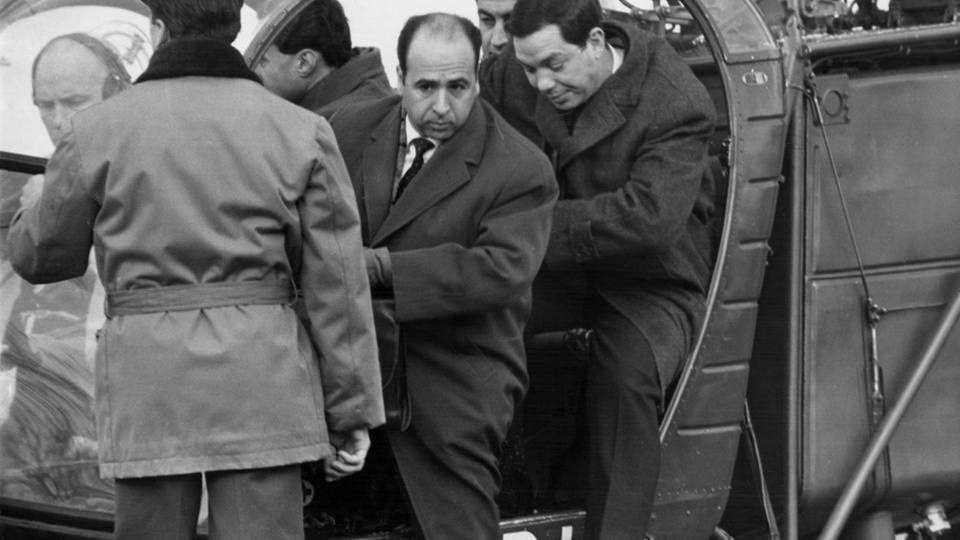 Switzerland offered its good offices to arrange negotiations between Algerian and French delegations, which led to the end of the Algerian War.

Switzerland offered its good offices to arrange negotiations between leaders of the National Liberation Front, seeking Algeria’s independence, and the French government, which led to the end of the war. The Algerian War (1954–1962) saw the Algerian National Liberation Front (FLN) fight for independence from France. Following failed initial talks between the FLN and the French government in 1960, dialogue was restored in 1961 through the intermediary of Swiss diplomat Olivier Long. Switzerland offered its good offices to arrange informal meetings which eventually led to official negotiations in May 1961. The talks were held in Evian, France, but the Algerian delegation stayed on the other side of the lake, in Switzerland near Geneva. Swiss officials offered their services to the Algerians for security and transportation. An agreement between both parties could not be reached at that time. In March 1962, Switzerland hosted the Algerian delegation for a final round of negotiations in Evian. The talks proved successful with the Evian Accords being signed, putting an end to seven years of war, and allowing for the independence of Algeria from France. This video was initially published in French on the website of our partner Genève Vision.