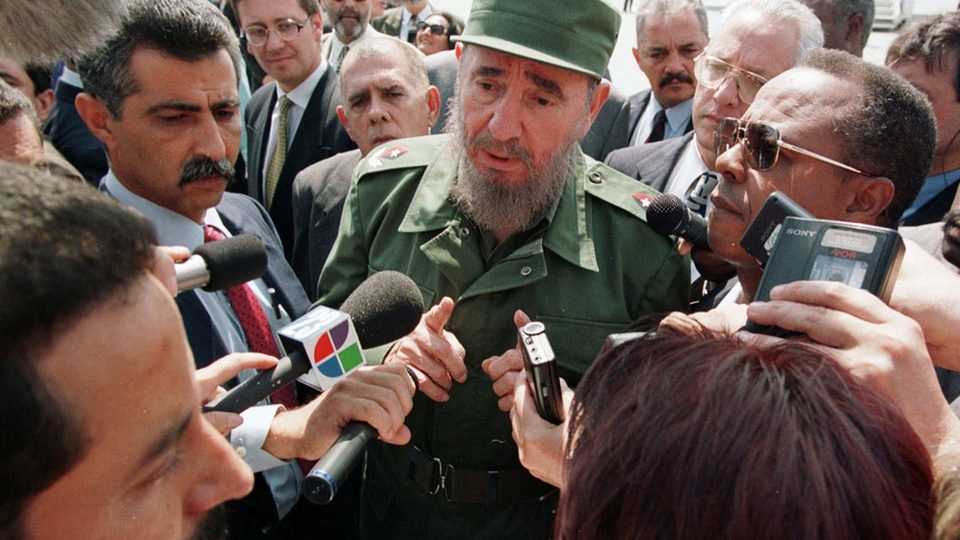 Diplomatic back channels: Castro stretches out a hand to Clinton in Geneva

Castro flew to Geneva in 1998. His hopes to initiate ties with Clinton were dashed, but he left a lasting impression on the international community.

Cuban president Fidel Castro flew to Geneva in 1998 for a world summit and while there wished to initiate ties with US president Bill Clinton. While his hopes were dashed, the Cuban leader did leave a lasting impression on the international community. In 1998, for the 50th anniversary of the WHO and GATT (now WTO), government leaders and officials from all over the world flocked to Geneva. Among them were Castro and then US president Bill Clinton. Following the dissolution of the Soviet Union, Castro had hoped the summit could prove an occasion to improve Cuba’s relationship with the United States. Though Castro and Clinton both stayed at Geneva’s InterContinental hotel, the only time they were in close proximity was in the assembly hall of the United Nations. While Clinton failed to acknowledge his presence, Castro did leave an impression on many others, including a Swiss public television (RTS) journalist who interviewed him, and remembers the Cuban leader as “a great charmer”. This video was initially published in French on the website of our partner Genève Vision.

Diplomatic back channels: when Reagan and Gorbachev met in Geneva
What are Switzerland’s good offices good for?