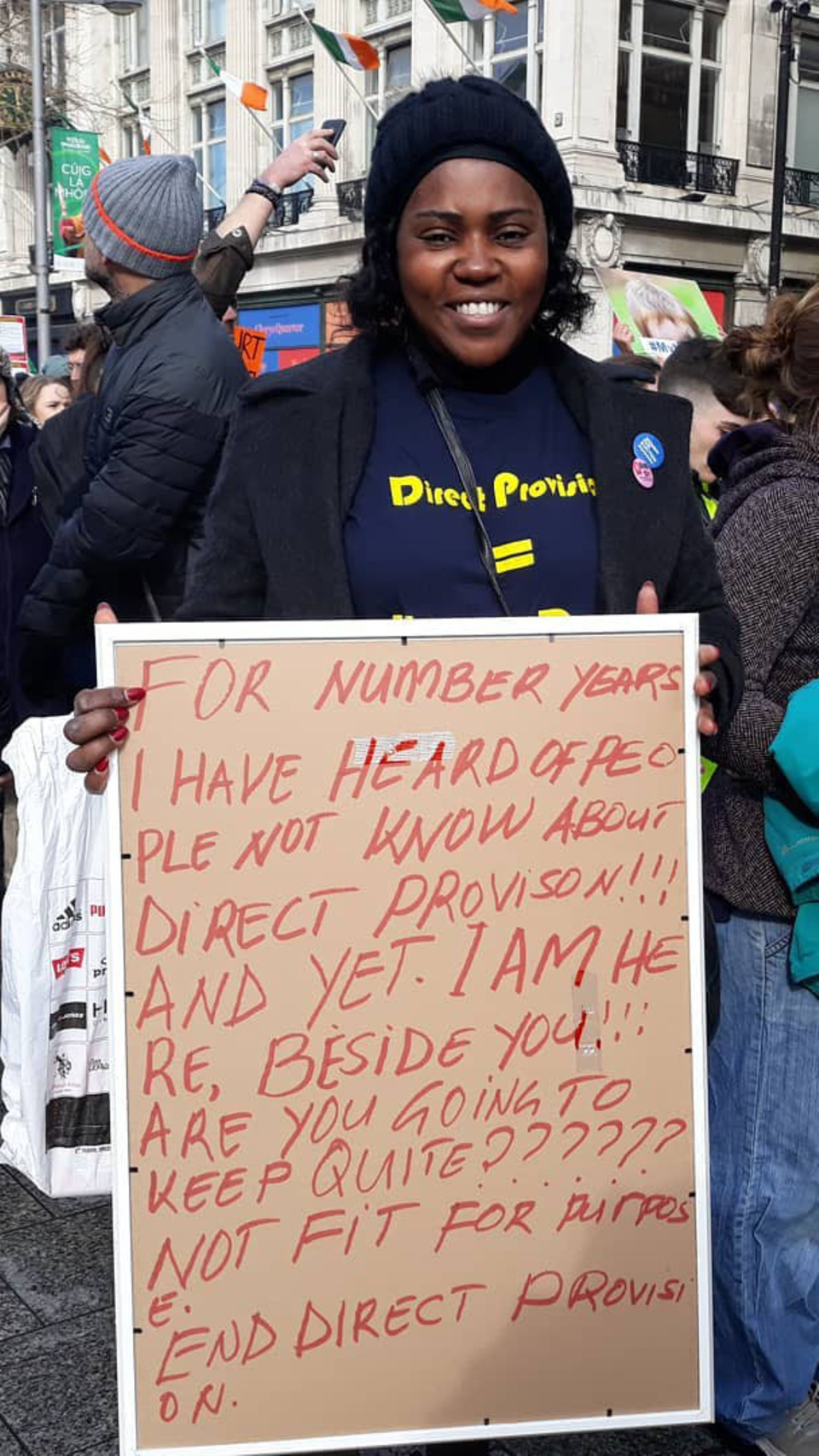 Asylum seeker: we all need freedom of expression

Ellie Kisyombe has managed to make her voice heard as one of the first ever asylum seekers to run for public office in Ireland.

After a long journey from Malawi in southern Africa to Ireland in northwestern Europe, Ellie Kisyombe managed to make her voice heard as one of the first ever asylum seekers to run for public office. She is the latest contributor to our “Global Voices of Freedom” series. “I had to leave my home country as there was no freedom of expression then”, recalls the single mother of 21-year-old twin daughters. “I was born into a political family and at some point I got a clear sign that it was time to leave Malawi,” she says. In 2010 Kisyombe arrived in Ireland after a long and difficult journey. And though she had to wait another ten years to become a legal resident, she did not wait to make her voice heard. Kisyombe became a vocal advocate for other asylum seekers and in 2016 set up the non-profit social enterprise “Our Table”, whose goal is “to create a connected and inclusive community through food”. With these efforts Ellie Kisyombe – whose home country Malawi has more recently managed to become a poster-child for positive democratic development – aimed to engage “local government in better integrating asylum seekers into the community from the very beginning”. With basic freedom of expression at hand in Ireland, Ellie did not stop at “Our Table”, but ended up – as the very first asylum seeker in Irish history – running for public office. As a candidate for the left-wing Social Democrats in Dublin’s North Inner City, she experienced strong push-back from other candidates and online. “When I look back, I feel 100% that what I did was right because it raised awareness of asylum seekers — who for a long time have been an excluded community,” she says. For her, the most important takeaway from her life journey is that “freedom of expression” is a basic human right which belongs to everybody – also to refugees applying for resident status.