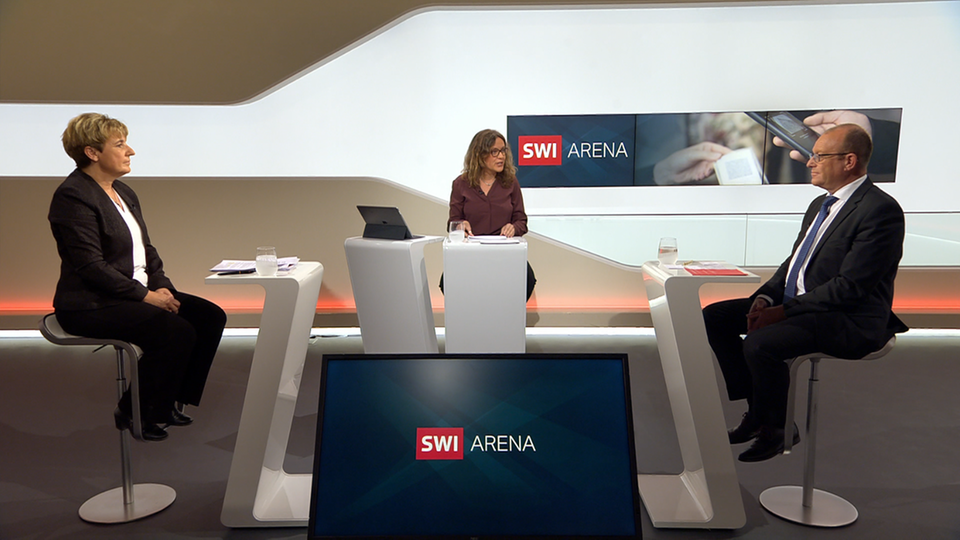 For the second time this year, Swiss citizens will vote on the country’s Covid-19 law, notably the legal basis for the health certificate.

Since mid-September, access to restaurants, cinemas and most public indoor spaces in Switzerland has been restricted to those in possession of a valid Covid certificate. Controversial from the outset, voters have the final say on the certificate’s future in a nationwide ballot on November 28. For the second time this year, Swiss citizens are gearing up to vote on the country’s Covid-19 law. Approved by more than 60% of voters in June, the law was designed to be an instrument for managing the coronavirus pandemic. Now, voters are being asked to decide an amendment of the law, approved by parliament in March, which sets the legal basis for the use of the Covid certificate. “We should not forget that if we reject this law, important financial aid measures will also be lost,” said Brigitte Crottaz, a member of parliament for the Social Democrats, during an appearance on SWI Arena, swissinfo.ch’s new debate forum (held in French and German) dedicated to the expat Swiss community. Included in the March modification to the Covid law was the extension of financial aid for those impacted by Covid-19, including allowances for loss of earnings, indemnities for partial unemployment, and aid for creches and the cultural sector. Financial aid “Some financial aid is indeed concerned, but that is not what we are fighting. The essence of my position is linked to my concern about the loss of freedoms in this country,” replied People’s Party (right-wing) parliamentarian Jean-Luc Addor, who argued the referendum primarily targets the Covid certificate. For Crottaz, the Covid certificate is a tool which allows a return to normal life while avoiding a new increase in Covid-19 case numbers. “The Covid certificate allows you to live freely, to go to the restaurant, the cinema or to travel abroad. Where is the lack of freedom which the No camp is complaining of?” said Crottaz. The trained medical doctor is a member of the same political party as Interior Minister Alain Berset, whose portfolio includes health issues. For right-wing parliamentarian Addor however, the document creates “a social divide” and unacceptably discriminates against people who have chosen not to get vaccinated. Tensions Opponents of the certificate have taken – often noisily – to the streets to voice their discontent, and demonstrations in the capital Bern have led to clashes with police. Some right-wing parliamentarians also caused controversy when they compared the Covid certificate to the yellow star which Jews were forced to wear by the Nazis. Crottaz said such comments only serve to exacerbate tensions. “We’re making a big deal out of it, but the tone is sharpening on both sides,” countered Addor, who believes such tension is a sign the government’s health policy does not have public support. The campaign by the certificate’s supporters remained quite muted for a long time, with backers seemingly hesitant to commit significant resources; perhaps it’s a sign the Yes camp believes it has already won? “Not at all,” said Crottaz. “There are several issues that are subject to votes, and the campaigns will pick up speed over the coming weeks,” she said during the SWI Arena debate in October. According to an initial poll by the Swiss Broadcasting Corporation (SBC), SWI swissinfo.ch’s parent company, nearly 61% of Swiss support the Covid-19 law. For the No camp, the task appears to be an uphill battle. “I am among those who think we need to fight to the end,” affirmed Addor. A final SBC poll will be published next Wednesday, November 17. Translated from French by Sophie Douez Watch the whole SWI Arena panel discussion in French: