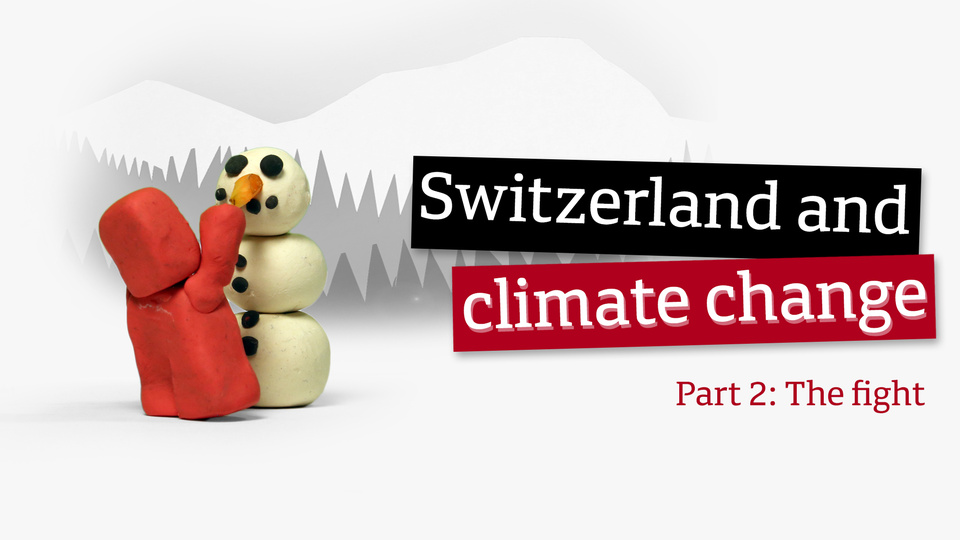 How Switzerland is trying to combat climate change

Part two in our climate video series looks at how Switzerland is going about reducing its greenhouse gas emissions.

While young people from all over Switzerland have been taking part in Fridays for Future protests, dozens of start-ups are also working to develop technologies to fight climate change. Part two of our climate video series looks at how the country is going about reducing its greenhouse gas emissions. In the 2019 parliamentary elections, green parties promising climate action made historic gains. A broader climate movement, which has brought thousands onto the streets, has also sparked research into new technologies – projects ranging from carbon-neutral fuels made from sunlight and air to technologies that capture CO2 from the air and store it in concrete. However, the climate movement and efforts experienced a setback in June 2021, when a narrow majority of Swiss voters rejected a prposed CO2 law intended to help the government meet its climate targets. What other measures can help Switzerland cut its emissions? And how does the country plan to adapt, in case global warming can’t be stopped? Find out in this video.

The reality of climate change in Switzerland
Can Switzerland credibly call for ‘ambitious strategies’ at COP26?