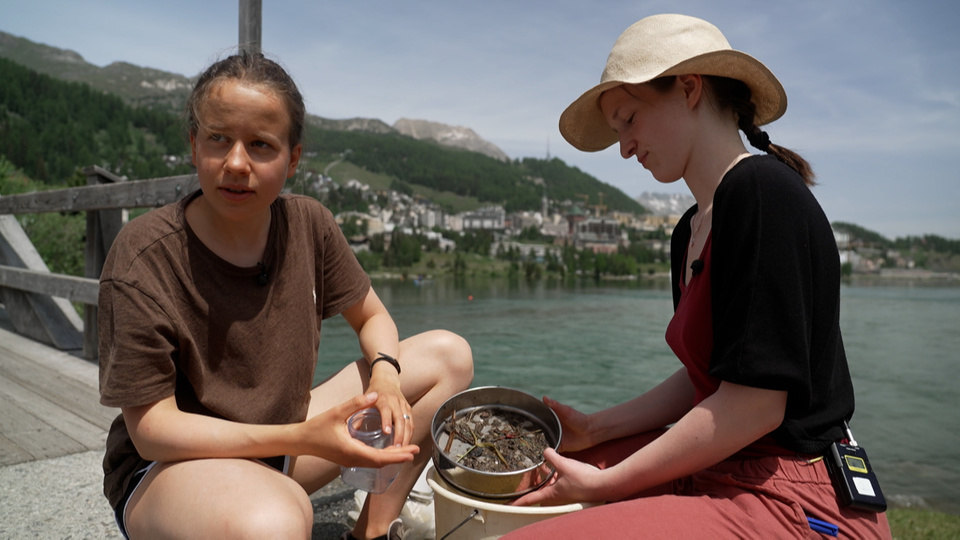 Microplastics could cause problems in high Alpine regions

Microplastics have been found in some high Alpine regions. Researchers are trying to find out how big the problem is.

Microplastic pollution has been found in high Alpine regions in south-east Switzerland. Researchers are trying to find out how widespread the problem is. It’s estimated that around 14,000 tonnes of plastic end up in Swiss soils and waters every year. Microplastics are tiny fragments – smaller than 0.5 millimetres - which come from larger plastics that have degraded over time. The main sources are car tyres, plastic films, construction and agriculture products, and synthetic fibres. In 2019, Anna Sidonia Marugg, a young student from the village of Zuoz in southeast Switzerland set out to detect the extent of microplastics pollution in her local area. She built her own trawl device to collect samples at different sites in the Upper Engadine. Her research, which won a national prize, identified 22 different types of plastic. Recently, Anna has been helping students from the federal technology institute ETH Zurich to carry out a more extensive study into microplastics in the region. This is the first time that such a long-term study has been carried out in the high Alps. The results will be presented this autumn. In 2019, the World Health Organization (WHO) concluded that microplastic particles in drinking water are not harmful to human health at current levels. However, scientific studies suggest possible negative effects on inflammation, immunity, and the gut microbiome. The long-term effects on the environment are still unclear.