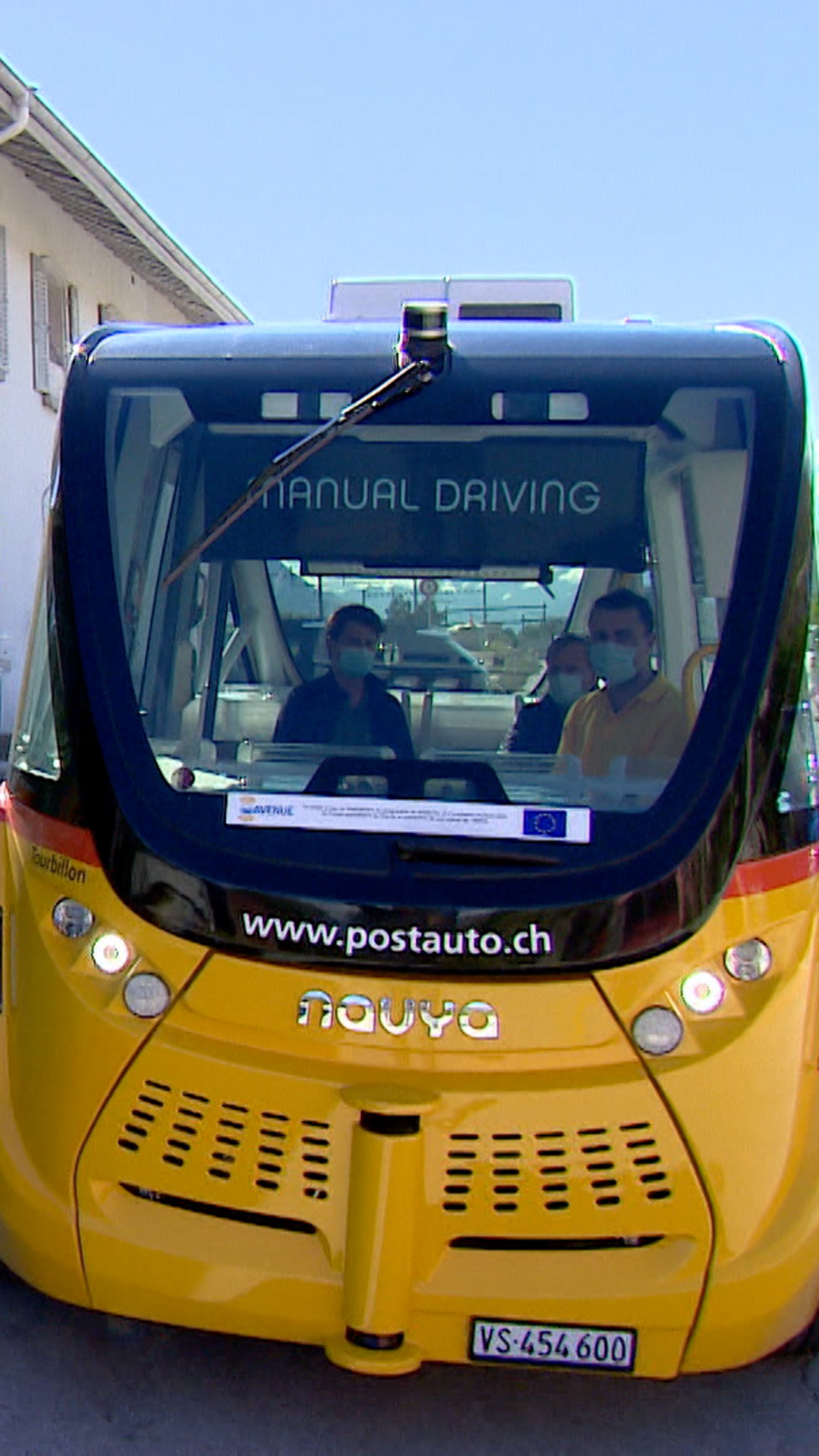 Swiss move on with self-driving buses

The world's first autonomous bus is drawing to an end of trials in southern Switzerland. A mobility expert says the Swiss approach is a strong one.

Test runs of the world's first autonomous bus are drawing to an end in southern Switzerland, and a mobility expert says the Swiss approach compares well to similar autonomous driving experiments in other parts of the world. The Swiss PostBus project started in Sion, the capital of canton Valais, in 2016, and has transported more than 54,000 passengers through the city centre. The next stage was to provide on-demand bus services in the village of Uvrier about six kilometres (circa four miles) away, which was not previously served by public transport. A network with 20 bus stops was established. The vehicles can be booked via a call centre or through a touch display at the railway station. Over the past five years a growing number of other Swiss cities and transport companies have experimented with driverless vehicles on fixed routes. The results of these trials have been generally positive. The self-driving shuttles in Sion and Uvrier are the fruit of a collaboration between the Sion and Valais authorities, PostBus and Swiss start-up BestMile, founded in 2014 by graduates of EPFL, the federal technology institute in Lausanne.